The Gentle Giant that gave of himself.

Just to touch him would calm your soul, always gentle, always kind.

A true example of Gods creation and how to live your life.

Oscar was so gentle and had such a loving way about him. Even with the other dogs, he was patient and non threatning. There is a real emptiness here without him but a real presence of his peace.

Tess was very unique; she loved life and those that are a part of it. She has blessed us with two litters of pups. Her pups have become Champions, hold water titles, and obedience titles. She was very strong willed and that made her an asset within the Hudson Ambassadors program as any strong willed student had met their match when they begin to work with Tess.
We lost Tess in October somewhat unexpectedly. She had began to slow down as one would expect for a Newfoundland at the age of 14. She was strong to the end and died in my arms on her own. She raised her head and looked at Ellie as if communication was happening between the two of them. I feel certain she passed her crown to Ellie and told her not to take any nonsense. We miss her greatly but are very honored to have shared our lives for 14 yrs with this amazing full hearted Newfoundland. I love you Tessie! Your presence will always be felt here at home.

Sure to be a star- just different from my plan. At six months of age, I was told by a veterinarian to put him to sleep as he had hip and elbow dysplasia. He was crippled by the disease but happy as puppies are. My comment was no! He may not be a champion but if he is happy and can get around then, he has a home forever. Well, he was not a champion in the show ring but he was a champion at listening to the hearts of children. He was a therapy dog in the elementary schools for 8 years. On one occasion, a child at school was so scared as she had been mistreated and sexually abused at home by her father that she would not talk to the teacher or counselor’s just coward in the corner of the room. She was given the task of caring for Madison and it wasn’t long before she confided in Madison telling him the story about what had happened at home the night before. Madison listen, licked her little face and gave her the courage to talk.That night, her daddy went to jail. You see this little girl could have harbored those feelings for the rest of her life but because a big-hearted fury friend listened, she was able to get the help she needed. Madison died in April and there is such a void at TimberKnoll because his body is not here but I know he lives on in the lives of the others.I know he shared some wisdom about what it is like to be a big dog and to love and care for those around you big and little.

Landon is from our first breeding with Tess and Hudson. On a snowy day in December came seven of the most beautiful and healthy pups anyone could dream of. They were born under the Christmas tree, as Tess would not use the whelping box. In that bunch with mom under the tree a little girl with a yellow ribbon stood out as if to say here I am. Landon started her show career at the SENC Regional Supported Entry taking First place in the 12-18 month class on Friday and Saturday. On Sunday, she took First, Winners and Best of Winners, which was a five point major. Landon became a Champion in June 2005.

Landon had her first litter on November 16, 2006 and was a fabulous mom from the start. She loved those babies and the time watching her love and teach them was very special. However, as they left for their new homes, I’m sure I cried more than she did. Landon is also Harrison's mom.

We are very proud of her; she loves life and fishing with Oscar. She will walk the shore endlessly looking for a fish and when she catches one, she enjoys eating it. Now, she has gone on to be with her friends. I'm sure Hudson, Tess and Oscar were glad to see her and now they are all fishing again together.


Our first Champion and our first sire. He came to TimberKnoll at six weeks of age and has been a leader ever since. Hudson has just left us at 11 1/2 years old. That is hard to believe as time has gone way to fast. He was such a grand puppy trying out his working dog skills at the young age of one year. The house was decorated for Christmas and the tree was just beautiful. Well, Hudson decided to move it to another room. That’s right, a beautiful 10ft. tree and all the decorations went crashing to the floor he then took hold of the top and began to pull actually moving it. Let me tell you- that is one puppy that almost went back to his breeder. Now, a champion and and a treasured memory of a life time. A true Newf, as he loved people and helped Patti Sutherland an Administrator at CD Owen High School in Black Mountain, NC start the Hudson Ambassadors Club. This is a school club using Hudson, Tess and Oscar as therapy dogs. His legacy of love and gradeur lives on- 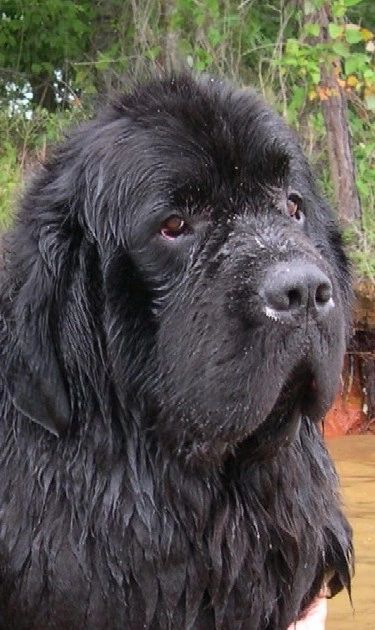 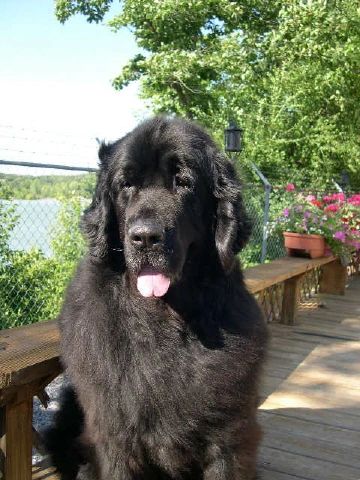 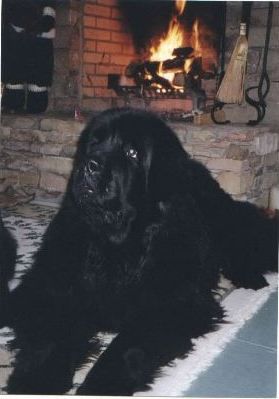 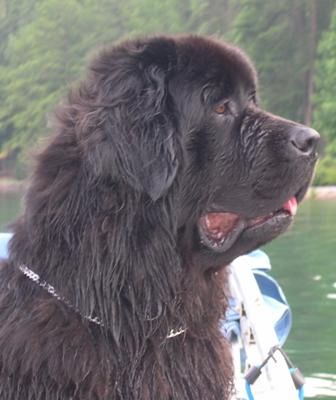 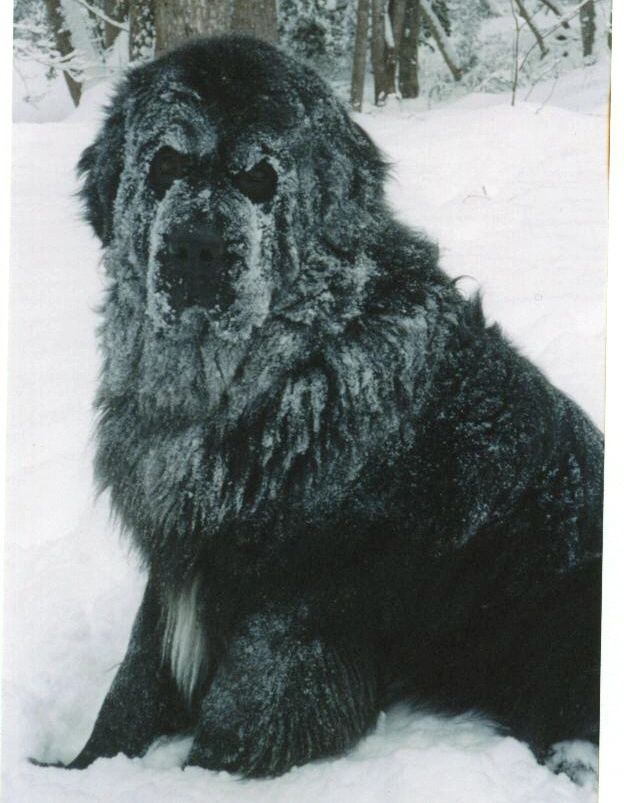